Shakespeare's The Merry Wives of Windsor - 5-14 March at the New Fortune. Book now! 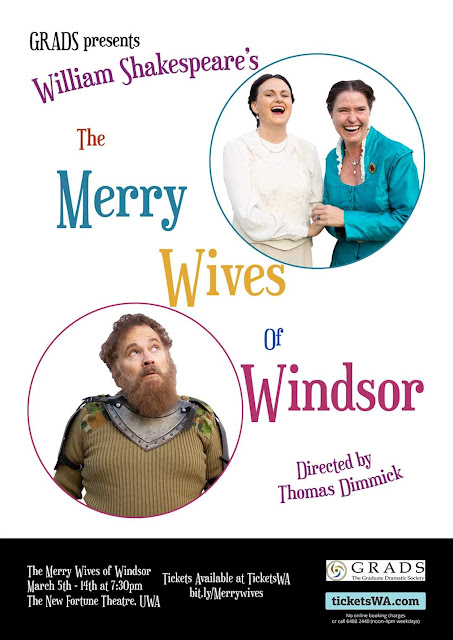 Grads presents William Shakespeare’s most purely comic play, The Merry Wives of Windsor, at the historic and beautiful New Fortune Theatre at the University of Western Australia, Perth’s original Shakespeare venue. Peacocks will be provided. 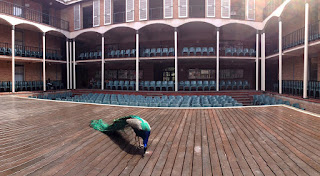 Sir John Falstaff is in financial difficulties. He has no money and his men are accused of conning some of the locals out of their money. He decides to fix his financial woes by seducing the wives of two wealthy merchants...

Shakespeare’s The Merry Wives of Windsor is a raucous comedy filled with some of The Bard’s most famous characters. Performed in the New Fortune Theatre, this show promises to be a fun time for everyone. The outdoor setting and large open stage means you will get to experience Shakespeare similar to how it was originally conceived, with the space around the stage being standing room only.

For two weeks only! Make sure you don’t miss out on seeing what the Mistresses Ford and Page are able to concoct in their revenge on the tricky John Falstaff.