Reviews - The Merchant of Venice

The Merchant of Venice, by William Shakespeare
Directed by Lucy Eyre

The Merchant of Venice is perhaps one of the less frequently performed Shakespeare plays, mostly because of the obvious anti-Semitic feeling. This production is set in Venice, but in 1938, and is set alongside anti-Jewish policies in Mussolini’s Italy, the visit of Hitler to Italy and the looming shadow of the Second World War. Played in the beautiful outdoor New Fortune Theatre, which mimics the dimensions of the 1600 Fortune Theatre, on a warm Mediterranean-like evening, it is the perfect setting for some good Shakespearean Theatre.

Lucy Eyre is an intelligent and thoughtful director, and she has chosen a cast that are strong and effective, many of whom might be termed Shakespeare Specialists. Leading the cast are Barry Park, as the complex, likeable but flawed, Antonio, an excellent rival to the conniving but very sympathetic Judd Millner as Shylock - in a very strong performance. Catalyst character Bassanio is given Latin charm and lovely depth by (a largely unrecognisable) Thomas Dimmick in an impressive Shakespearean debut.


Particularly impressive are Grace Edwards, as a very clever and admirable Portia and Melissa Merchant as her maid and companion Nerissa. Lovely comedic work from this pair, with expertly layered performances. The other women, especially Abbey McCaughan’s beautifully poignant Jessica, and Solange Burns’ - in a fascinating interpretation of Launcelot, also deliver strong performances.

Other standouts include Steven Hounsome’s earnest and genuine Lorenzo, Eddie Stowers’ delightfully obnoxious Prince of Arragon, and Neale Paterson’s excellent doubling of Old Gobbo and The Duke. Strong support from Patrick Downes as Salarino, Malek Domkoc - a stunning Prince of Morocco, Sarah Thillagaratnam, dancers and members of the entourage.

Gary Wetherilt’s set design complements the venue well, and Mark Nicholson’s lighting is impressive in a temporary rig. Costumes, by Merri Ford, are thoughtfully created, are true to the era and are instrumental in setting the scene. 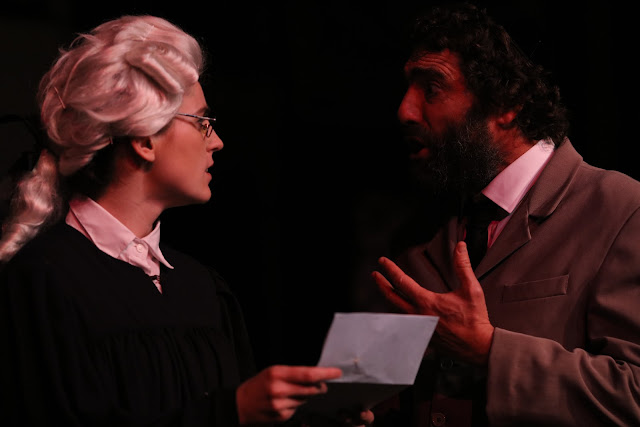 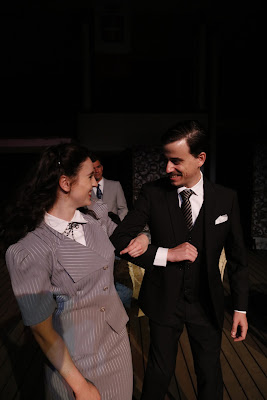 A must-see for Shakespeare lovers, but Grads’ The Merchant of Venice is a great choice for anyone who loves intelligent, thought-provoking theatre. The lovely setting is a great bonus.

Every so often you see a play that punches you in the guts and takes your breath away.  The Merchant of Venice (Graduate Dramatic Society) is masterfully put together but still a dark, confronting story.  Judd Millner is superbly sympathetic as Shylock, who, after a lifetime of being vilified, sees an opportunity for retribution -- and is crushed in the attempt.  The ferocity of the forces arrayed against him is heartbreaking.

Another surprise is that the nicest man in Perth Theatre, Barry Park, so chillingly portrays one of Shakespeare's nastiest characters -- a diametric opposite to his good self -- effortlessly done with Barry's innate skill of delivering difficult text as if it was day-to-day language.  He is well supported by an authoritative Thomas Dimmick as Bassanio.

But if the play belongs to anyone it is Grace Edwards as Portia.  One disadvantage of the outdoor New Fortune Theatre is the occasional echo, but Grace's powerful delivery and commanding stage presence dominated every scene.  Again, Grace was intimately supported (in more ways than one) by the voluptuous Dr Melissa Merchant as handmaid Nerissa, who also provided much of the meagre comedy in this very dark play.

Everyone was fabulous!  I believe there was a cast of 23!  I counted 14 men alone in the courtroom scene!  Quick mentions to the delightfully wicked Eddie Stowers as a cheeky suitor, and Solonje Burns in one of Shakespeare's trademark eccentric roles perfectly suited to her compelling voice and physicality.

Yes, it's a dark play, but it's a subject that should not be ignored or forgotten.  And if you make it along to this exceptional production -- it won't be.  Congratulations to director Lucy Eyre and everyone involved. 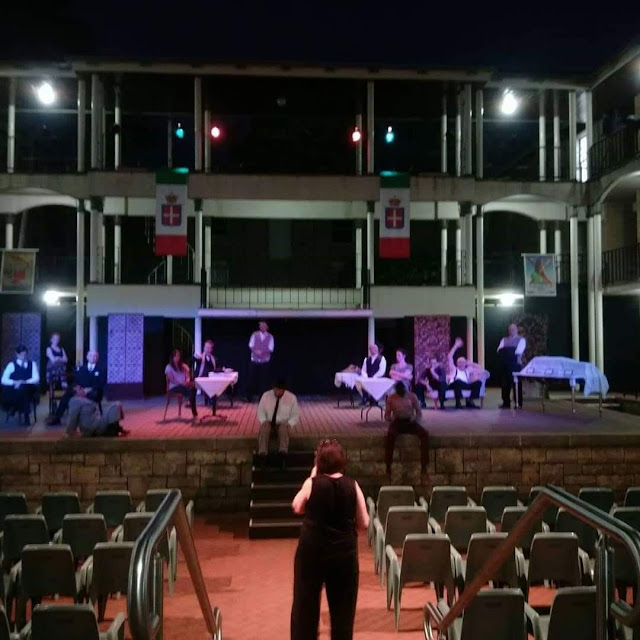