The Annual General Meeting of the Graduate Dramatic Society will be held on Sunday 28 March 2021 at 1pm. We would love all members and friends to attend, to discuss the future of the society.
The location will be the Shakespeare Garden at the New Fortune Theatre in the Arts Building, University of Western Australia. This is the garden at the rear of the New Fortune stage.
https://www.uwa.edu.au/facilities/the-shakespeare-garden
We will be looking for new office holders and committee members, so if you are able to offer a small amount of your time and knowledge we would be delighted to invite you on board.
Memberships may be updated at the meeting.
If you have any items that you would like to be discussed, please add them as a comment below. 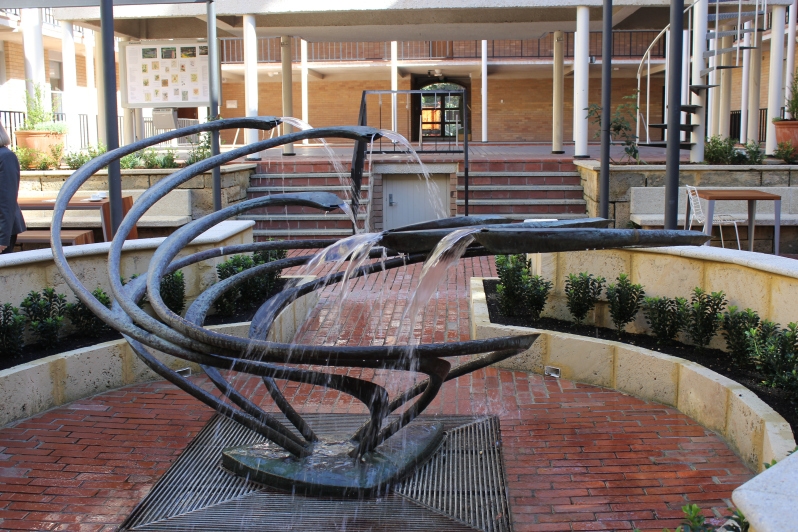 at March 03, 2021 No comments:
Email ThisBlogThis!Share to TwitterShare to FacebookShare to Pinterest

Book now! We open on Wednesday 10 March. We're busy rehearsing in the beautiful New Fortune Theatre, and even the peacocks are getting excited...

The Comedy of Errors is a magical, mystical romantic comedy of mistaken identity!

Enjoy a  warm March night under the stars with the peacocks and owls at Perth’s renowned New Fortune Theatre, University of Western Australia, as this riotous rollercoaster of a comedy keeps you guessing and laughing until its joyous conclusion...
Rehearsal Photos: Arnold Wong 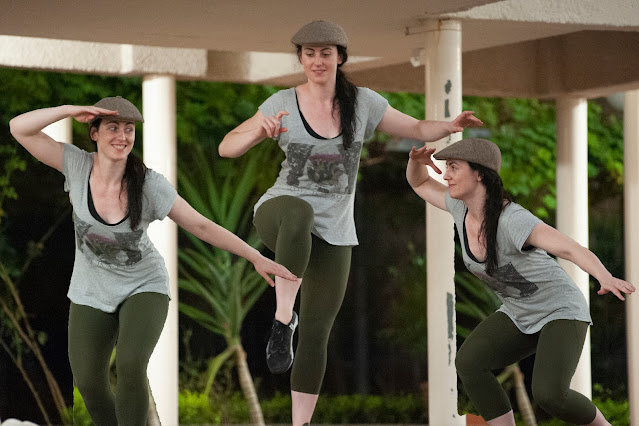 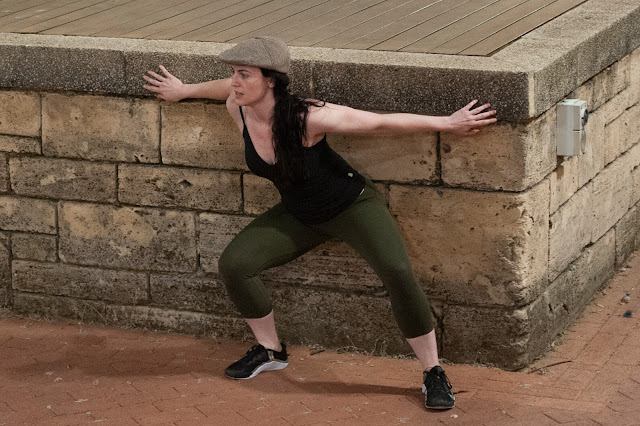 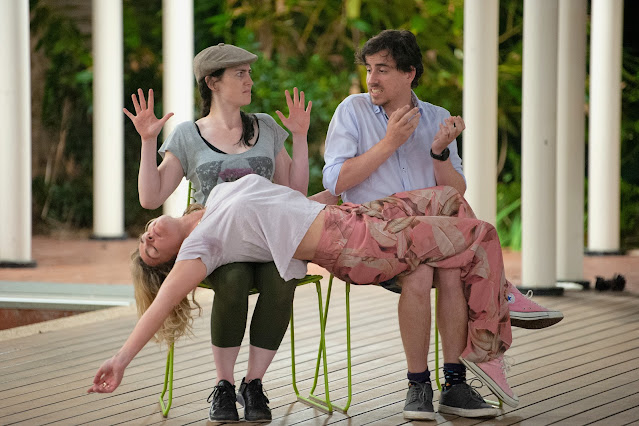 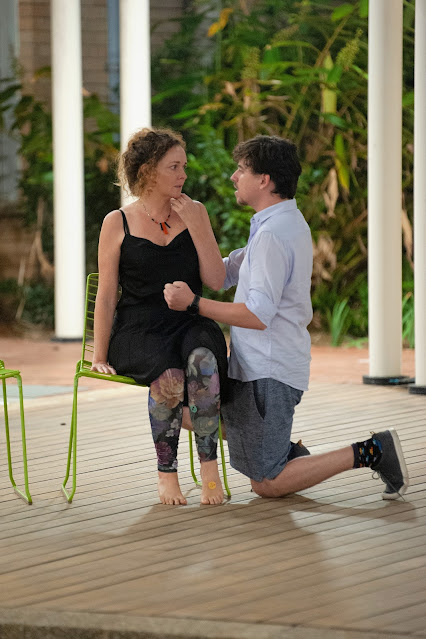 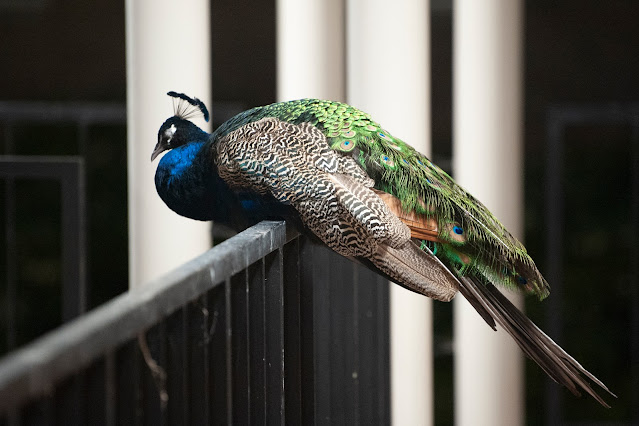 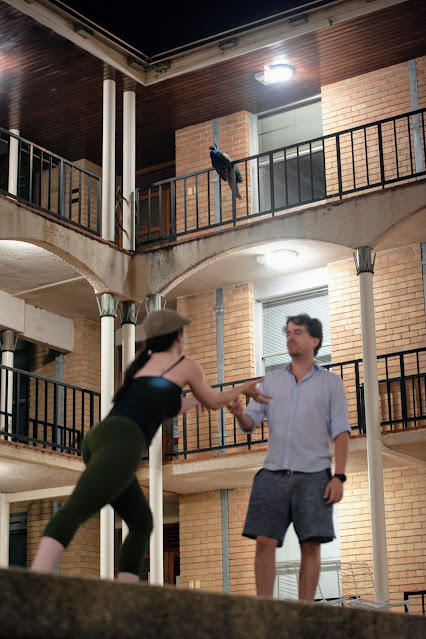 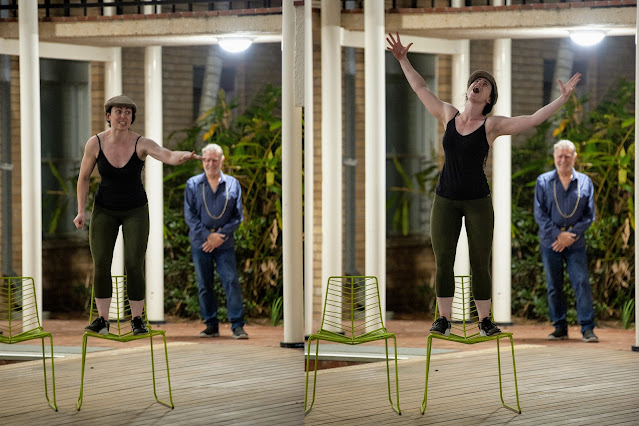 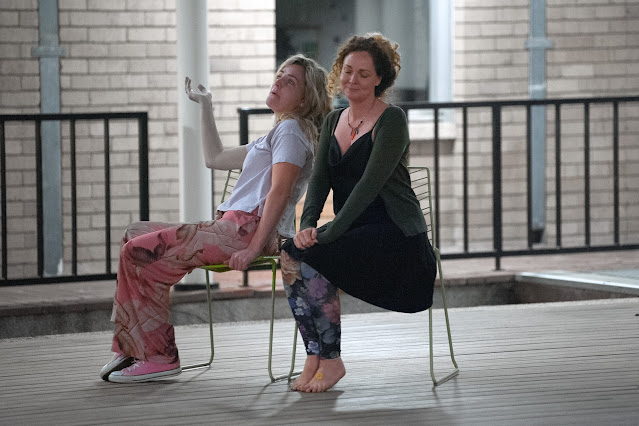 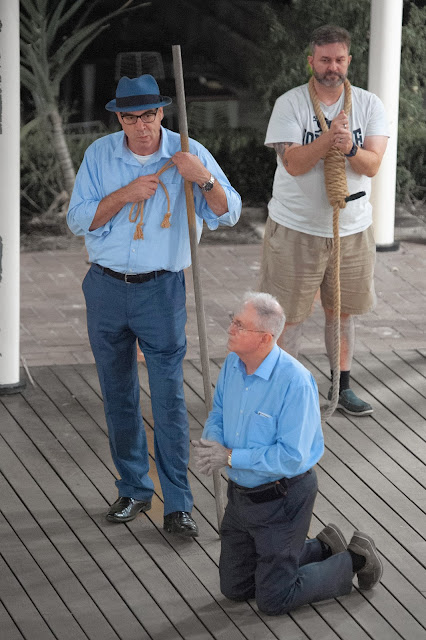 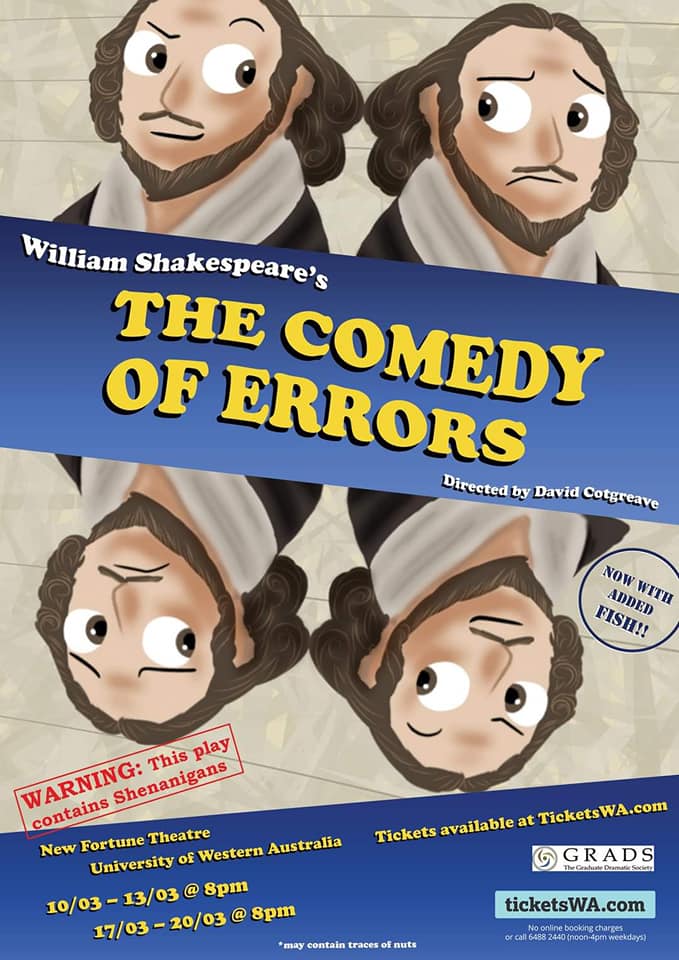 The Comedy of Errors is a magical, mystical romantic comedy of mistaken identity!
Enjoy a  warm March night under the stars with the peacocks and owls at Perth’s renowned New Fortune Theatre, University of Western Australia, as this riotous rollercoaster of a comedy keeps you guessing and laughing until its joyous conclusion...
https://www.ticketswa.com/event/comedy-errors
David Cotgreave brings the crazy world of The Comedy of Errors to life in his hilarious, furiously fast-paced production of one of Shakespeare's greatest farces... 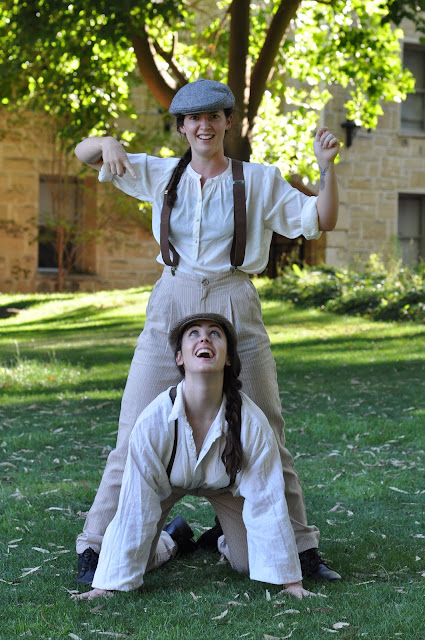 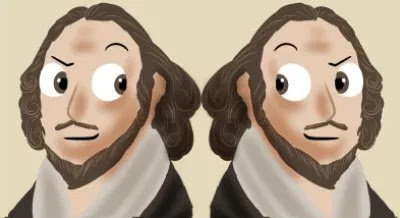 GRADS presents David Cotgreave’s production of Shakespeare’s The Comedy of Errors, at the New Fortune Theatre, March 10-20 at 8pm. 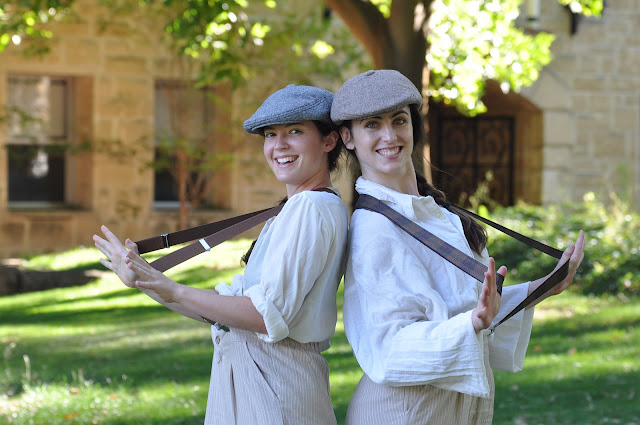 Book before midnight on Wednesday the 10th of February 2021, using the code CEEB and all tickets are$20! That's a $10 saving per ticket! Don't miss out...
https://www.ticketswa.com/event/comedy-errors 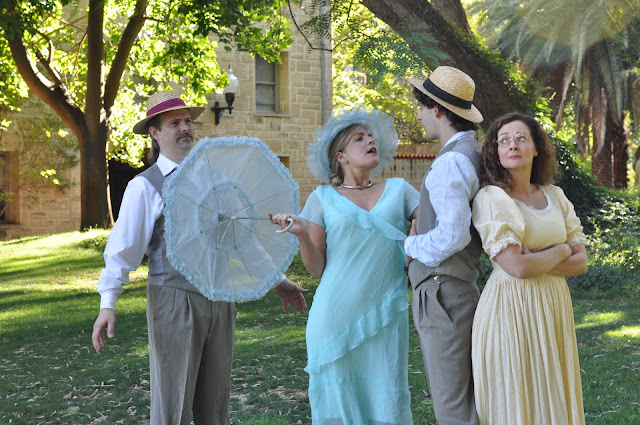 A magical, mystical romantic comedy of mistaken identity! Two sets of twins, each with the same name are bewildered by bizarre encounters, cross-purpose conversations and baffling misunderstandings. Servants misplace their masters, wives overlook their husbands, and sons forget their fathers. Blunders double, triple and quadruple! The turmoil escalates. Everyone seems completely insane! Riotous chaos reigns! David Cotgreave brings the crazy world of The Comedy of Errors to life in his hilarious, furiously fast-paced production of one of Shakespeare's greatest farces! Enjoy a summer’s night under the stars with the peacocks at Perth’s renowned New Fortune Theatre as this riotous rollercoaster of a comedy keeps you guessing and laughing until its joyous conclusion. 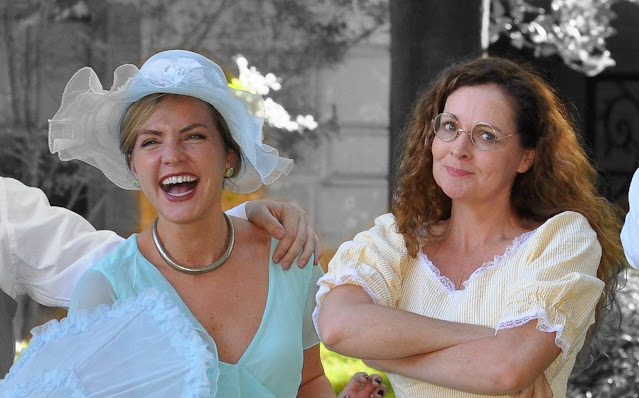 The Boys in the Band - The Party's Over! 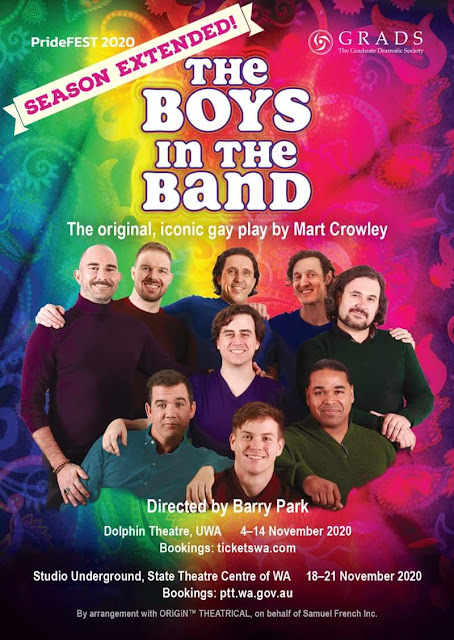 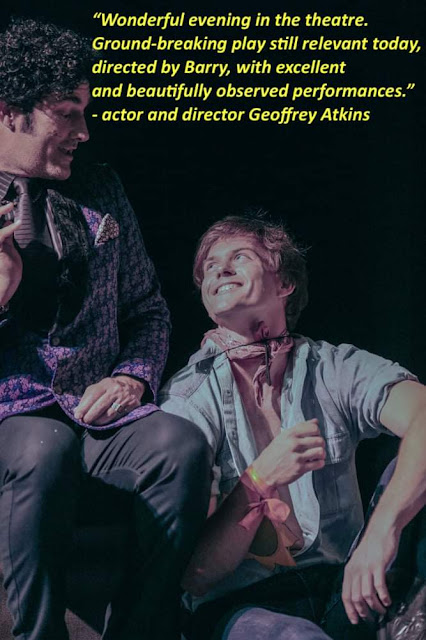 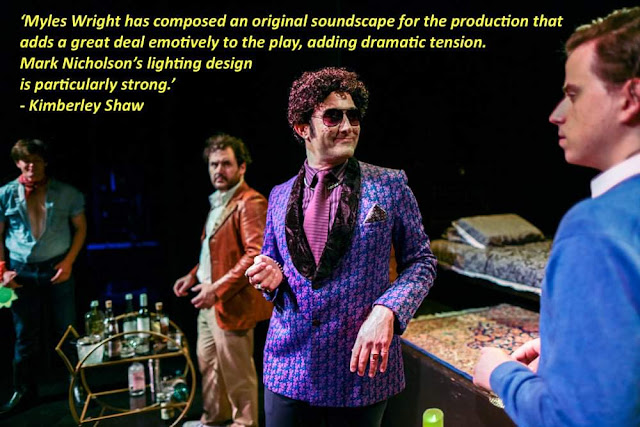 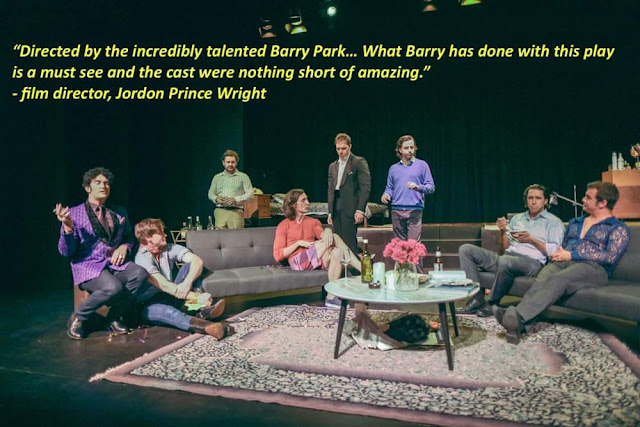 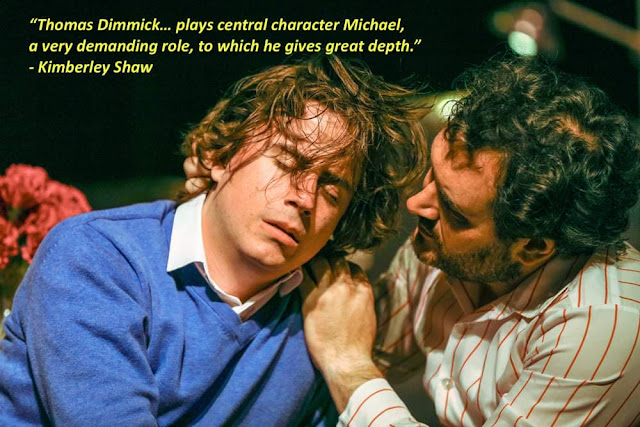 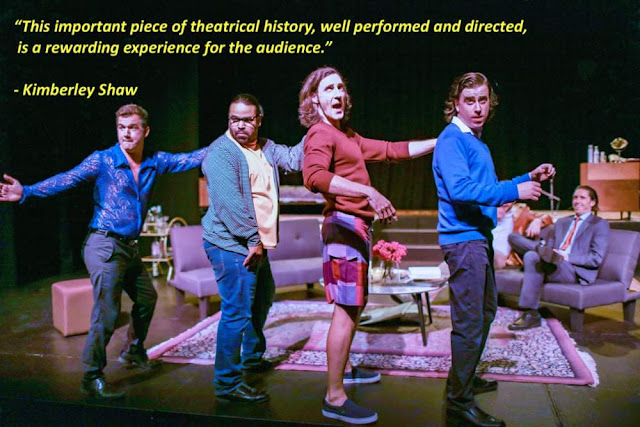 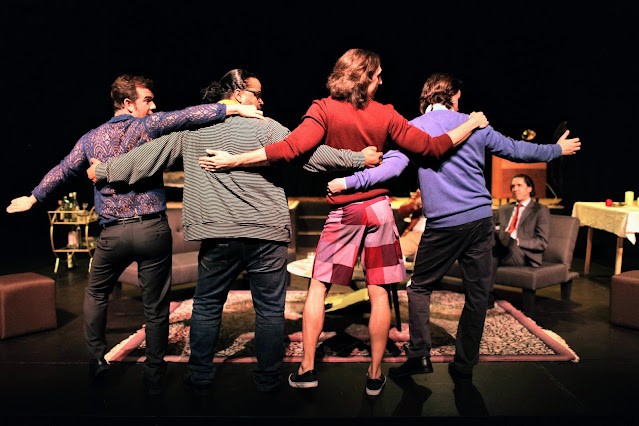 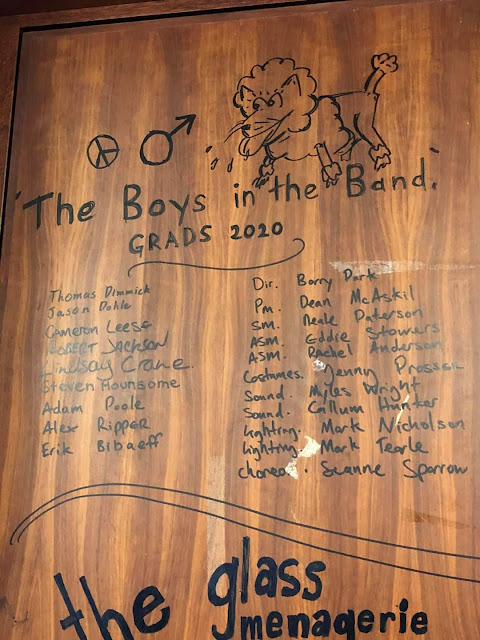 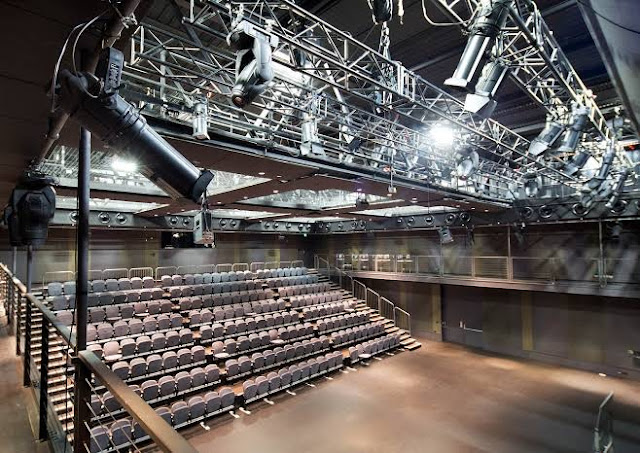 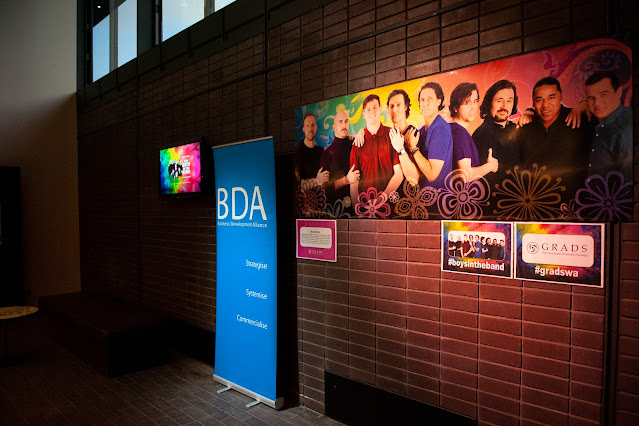 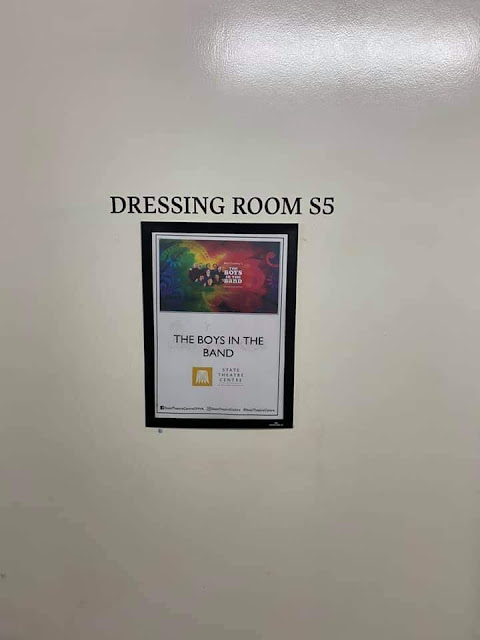 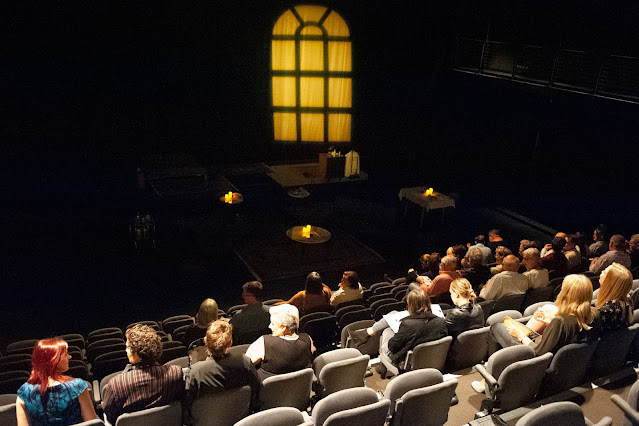 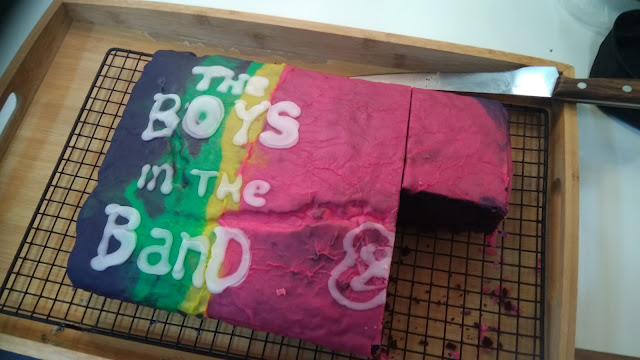 NOW SHOWING! The Boys in the Band

Tickets are selling fast for our Dolphin Theatre season, 4-14 November.

https://www.ticketswa.com/event/boys-band
Bookings are now open for a short season at the State Theatre Centre of WA, 18-21 November..
https://www.ptt.wa.gov.au/venues/state-theatre-centre-of-wa/whats-on/the-boys-in-the-band/
Be sure not to miss it! 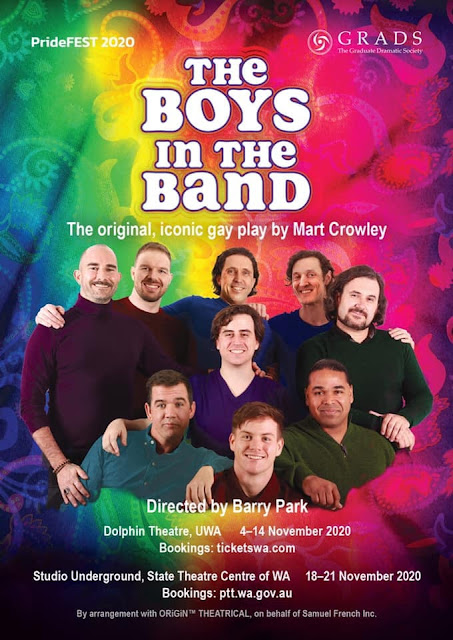 Auditions - The Comedy of Errors, March 2021

Audition Notice - The Comedy of Errors by William Shakespeare.
NEW AUDITION SLOTS ADDED: Saturday 7th November, from 1pm to 5pm, at the Bradley Studio, behind the Octagon Theatre, University of Western Australia.
AUDITIONS: Sunday 8th November 2020 and Monday 9th November 2020, at the New Fortune Theatre, University of Western Australia.
PERFORMANCES: March 10-20, 2021
---
The Comedy of Errors is one of Shakespeare’s early plays, it is also his shortest. It is one of his most farcical comedies containing slapstick humour, mistaken identity, puns and word play.
The Comedy of Errors is set in the Greek city of Ephesus and tells the story of two sets of identical twins who were accidentally separated at birth.
Antipholus of Syracuse and his servant, Dromio of Syracuse, arrive in Ephesus, which is also the home of their twin brothers, Antipholus of Ephesus and his servant, Dromio of Ephesus. When the Syracusans encounter the friends and families of their twins, a series of wild mishaps based on mistaken identities lead to wrongful beatings, a near seduction, the arrest of Antipholus of Ephesus, and false accusations of infidelity, theft, madness, and demonic possession.
---
Cast of Characters
Solina – Duchess of Ephesus
Egeon – A merchant of Syracuse – father of the Antipholus twins
Emilia – Antipholus' lost mother – wife to Egeon
Antipholus of Ephesus and Antipholus of Syracuse – twin brothers, sons of Egeon and Emilia
Dromio of Ephesus and Dromio of Syracuse – twin brothers, bondmen, each serving his respective Antipholus
Adriana – wife of Antipholus of Ephesus
Luciana – Adriana's sister
Nell/Luce – kitchen wench/maid to Adriana
Balthazar – a merchant
Angelo – a Goldsmith
Courtesan
First merchant – friend to Antipholus of Syracuse
Second merchant – to whom Angelo is in debt
Doctor Pinch – a conjuring schoolmaster
Gaoler, Headsman, Officers, and other Attendants
I see the Dromios as genderless so anyone may audition for these roles (they do have the lion’s share of the laughs in the play).
---
AUDITIONS: Saturday 7th, Sunday 8th and Monday 9th November 2020
Audition venue: The Bradley Studio, behind the Octagon Theatre, on Saturday, and The New Fortune Theatre, Arts Building University of Western Australia, on Sunday and Monday. The New Fortune is an outdoor venue, so wear a hat and/or sunscreen if you book a daytime slot.
For an audition on Saturday 7th at the Bradley Studio, behind the Octagon Theatre, book an audition at:
https://www.slottr.com/sheets/18255803?fbclid=IwAR0OWv7IGs2H4zsQx-Xa197wsQpQYf5oeUZ6eVZU7y_m3KjcsHEhzpA15cA
For an audition on Sunday 8 November at the New Fortune Theatre, book an audition at:
https://www.slottr.com/sheets/18255540
For an audition on Monday 9 November at the New Fortune Theatre, book an audition at:
https://www.slottr.com/sheets/18255542
===
Please prepare the following:
A Shakespeare monologue from your repertoire. It can be anything but you’ll need to deliver it fast AND make it funny at the same time.
OR
A prepared reading of one of the following:
Antipholus’ speech
Adriana’s speech
Dromio’s scene
These are available at the following link:
https://www.dropbox.com/.../AABKaVreKj8tnxPlj4WEqWFHa...
If you choose to do a reading I need to see that you can handle the language so please DON’T try to sight read it on the day.
---
Depending on availability rehearsals will be on Monday and Wednesday evenings, and Saturday afternoons, commencing on Monday 30 November. Sundays may be added in the February 2020 due to a shorter rehearsal period than normal.
This is unpaid community theatre
---
About the author:
A guy named William Shakespeare, you may have heard of him.
About the director:
David Cotgreave is a versatile professional of the highest calibre boasting a career spanning thirty years across every artform.
David is a very experienced performer having created over sixty-two roles. Highlights have been Alfieri (A View from the Bridge), Malcolm (Macbeth) and Bassario (Merchant of Venice) for GRADS, Jake (Jake’s Women) for the Old Mill Theatre, Uncle Louis (Lost in Yonkers) for Playlovers, Presley Stray (The Pitchfork Disney) for The Gordian Theatre Company, Tom Hackford (The Accrington Pals) @ WAAPA and Derek (Derek) for the Hayman Theatre Company. David has also received two performance awards, best actor in a play (Lost in Yonkers) and best actor in a short film (The Pacifist).
David’s passion extends to all aspects of his arts and events career having been the Production Manager at the highest level in the Arts industry. His credits include: the Sydney Theatre Company; WA Academy of Performing Arts; the Sydney 2000 Olympic Games; Festival of Perth, the West Australian Symphony Orchestra and more recently the West Australian Ballet.
The Comedy of Errors will be David’s Shakespearian debut as a director.
at November 05, 2020 No comments:
Email ThisBlogThis!Share to TwitterShare to FacebookShare to Pinterest
Labels: Audition, Community Theatre, Grads, Graduate Dramatic Society, New Fortune Theatre, Shakespeare, University of Western Australia
Older Posts Home
Subscribe to: Posts (Atom)