GRADS is a community theatre group based in Perth, Western Australia. The society specialises in presenting plays from the classic repertoire, ancient, traditional and modern, inviting regular theatre goers, students and lovers of dramatic literature to see the best plays ever written, performed live and at affordable prices. It mentors people with an interest in theatre in all aspects of production and engages professional and amateur directors of expertise.

Membership is open to all, graduates and non-graduates. 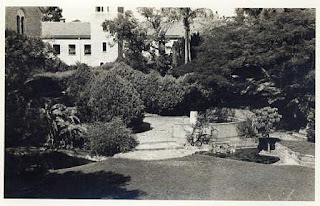 A list of GRADS productions from 1952 to 2015 may be found here:
https://www.ausstage.edu.au/pages/organisation/515


The society originated in 1952 at the University of Western Australia, Perth. In 1948, The Sunken Garden at the University, a theatre created from a sandpit, was the venue for a season of Oedipus Rex, which earned the plaudits of Laurence Olivier and Vivienne Leigh, among others. The subsequent blossoming of dramatic activity suggested to some of the undergraduates that they should continue acting after they graduated. Combined productions with the University Dramatic Society were an early feature of the Festival of Perth. For the ensuing years GRADS has been a leading source of fine theatre in Western Australia.